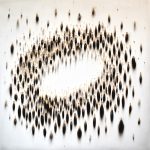 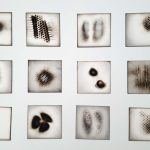 Etudes | smoke, burns and graphite on board | 101 x 81cm Click here for close up images 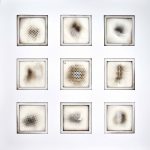 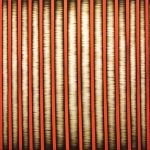 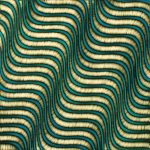 Rachael Nee is a British artist currently living and working in London. She obtained a BA in Ceramics from Bristol Polytechnic in the 1980s, and an MA in Fine Art (Distinction) from Chelsea College of Arts, London.

Rachael works across media including installation and painting. She explores the crossover between science and art, working around ideas concerned with energy, entropy and matter. She often uses the elemental, such as fire, to cast back into Deep Time, as with ‘Carbon Based Forms’ series, or, Time on an ephemeral human level with ‘Encounters’.

She was awarded a research trip to the Large Hadron Collider at CERN, Geneva, Switzerland, resulting in an installation that was exhibited there in 2016. She also authored a ‘Sci-Art’ booklet for CERN’s art@CMS education and outreach department.

Nee has previously been selected for the Jerwood Drawing Prize. She elected an Academician of Royal West of England Academy in Bristol in 2007 and her work has been exhibited successfully at an international level.